By Neil Winton on September 2, 2020 in Politics 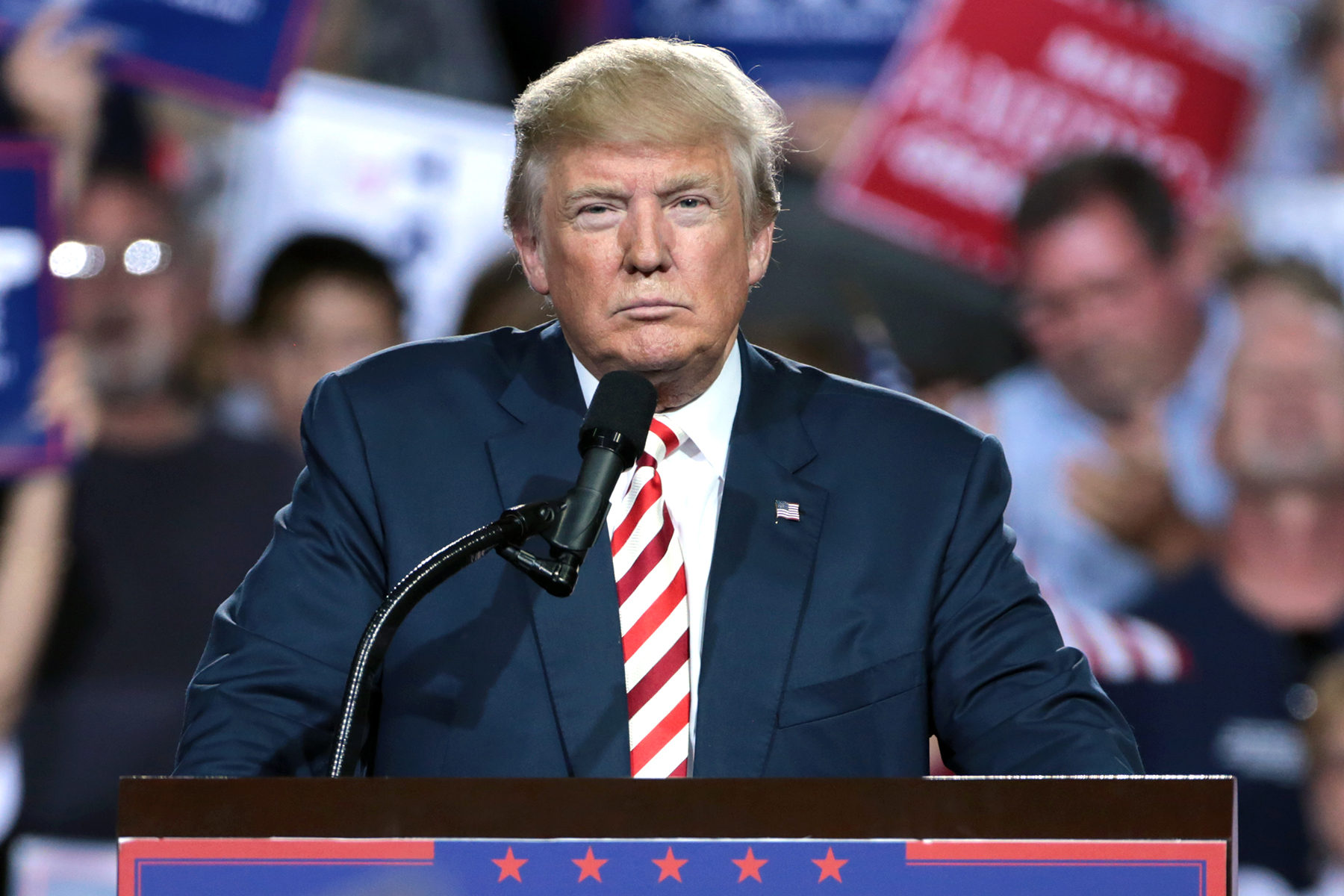 “you’ve been moaning and agitating about Trump for 4 years and all you can offer is a feeble old retread like this?”

“CNN reporters saying this was a peaceful, responsible demonstration, standing in front of burning or burnt out cars and buildings is really an open call to vote for Trump”

President Trump looks like winning re-election in November on a law and order ticket and the Democrats are becoming increasingly frantic as they see power slipping away, again.

The main reason for the Democrat Party’s upcoming demise is its inexplicable (for the power hungry) stupidity of assuming a position that demonises and attacks the police. This policy, echoing from hard-left cries of “defund (yes defund not defend) the police” is a recipe for electoral disaster in any civilised western country, but America in particular. And then there is Joe Biden. 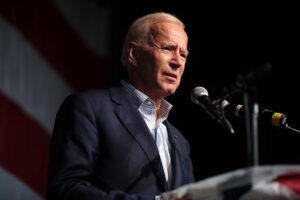 Also, Democrats and their captive media have demonstrated a severe case of Trump Derangement Syndrome (TDS). This means zero credit for anything good the man might have said or done, and irrational hysteria about everything else. It has now become counter-productive, and criticism that actually might be justified goes unnoticed because the public have had it with the broadcast and newspaper media. There are honourable exceptions like Fox News in general and its magnificent and brave truth-teller Tucker Carlson in particular, and of course talk radio’s Rush Limbaugh.

Four years ago, with Hillary Clinton apparently cruising to victory according to the opinion polls, Democrats couldn’t really believe that a political novice and (in their eyes) an obnoxious blowhard like Trump could possibly win. But now they know differently and are becoming more desperate by the day. In 2016, they fatally underestimated Trump’s ability to reach their disaffected base in the old rust belt industries, while Clinton did herself no favours with her arrogant dismissal of the white working class as a “basket of deplorables”. Her over-confidence in failing to campaign in states she thought, wrongly, were shoe-ins for the Democrats didn’t help either.

This time around the Democrats have painted themselves into a corner, pushed by their hard-left base into extreme positions, and with their choice of candidate. Pay no attention to the recent polls showing Joe Biden with a comfortable lead. These polls are meaningless and will only start to represent reality when regular voters start to pay attention. That’s probably not until about 6 weeks from election day on November 3.

When these floating voters start thinking about the election, they won’t like what they see. It won’t bode well for Democrats. These undecided voters will look at Joe Biden and say with incredulity to Democrats, you’ve been moaning and agitating about Trump for 4 years and all you can offer is a feeble old retread like this? He is clearly past his best, to be as kind as possible, and will be 78 on inauguration day.

Vigorous Bernie
When unelectable but vigorous old left-winger Bernie Sanders looked like winning the Democrat nomination, the party bigwigs got together to make sure (just like they did in the previous election) that he would not be their candidate and decided it had to be Biden this time. The fact that Biden was clearly losing his faculties didn’t phase the movers and shakers in the Democrat party. They would shield him from the pressure of the campaign, trying any excuse that came to hand. The coronavirus was a convenient reason to keep him safe in his basement. What to do about the TV debates, now a fixture of presidential campaigns? They couldn’t possibly allow Biden to spend maybe three hours in a TV studio, 3 times, debating Trump. It would be impossible to camouflage his feebleness. So the Democrats will pretend Trump was so shameful and hateful a character and beyond the pale, they wouldn’t deign to share the same tainted TV studio air. This is a weak and obvious recipe for wipeout at the election because the public will not be fooled.

Contempt for voters
You can probably now see why I talk of Democrat frenzy because they have an historic contempt for average, normal citizens. They really do think voters are stupid and can get away with this hoax. I suppose the fact utterly awful Nancy (you can read this bill when we’ve passed it) Pelosi, 80, can be returned to Congress year in, year out, makes a good case for voters not playing with a full deck.

For the past 4 years the Democrats have been seething about the Clinton loss, and have never accepted Trump’s legitimacy. They began plotting to make the Trump presidency unstable and unviable even before he took office. The ludicrous “Russian collusion” hoax started before inauguration day and has been a long-running example of blowhard nonsense. The campaign to seek Trump’s impeachment was another hurdle thrown in his path. This was always going to be a waste of time given the impeachment vote would inevitably die in the senate. Most of the U.S. mainstream media has joined in, and you would be amazed at the blatant bias which creeps into many “news” bulletins. They make the BBC look balanced and fair.

The Democrats have been cynically playing politics all the way through Trump’s first term, but there was nothing to quite match the disgusting and corrupt scenes as they tried to overturn the nomination of Judge Brett Kavanaugh to the Supreme Court. This was led by California Senator Kamala Harris, now of course Joe Biden’s vice presidential candidate, and I urge you to google her contribution on You Tube as she quite blatantly orchestrated a campaign of lies, distortions and inuendo in a failed attempt to derail Kavanaugh. This led to testimony from Christine Blasey Ford which was clearly fantasy and designed from the ground up not only to stop Kavanaugh, but to remind any judges that if they thought they could reach the Supreme Court via a Republican nomination, the Democrats would stop at nothing to make their lives a misery, with lies and distort information about friends and family. If you want to see what kind of person might end up as vice-president, and given Joe Biden’s obvious frailty, the next president of the United States, Harris’s true power-hungry obnoxiousness is shown in her questioning of Kavanaugh.

“The agreement between Israel and the UAE is hugely impressive, and eluded Obama”

You might wonder why voters would still go for Trump if he is so useless and horrible. That’s the overwhelming message from the mainstream media led here by the BBC and followed lamely by other broadcasters and newspapers with their British blinkered, lazy reporters from Washington, DC. But he has notched up some very solid achievements. The economy was booming nicely until the coronavirus derailed it, and the stock market was at record highs. China’s outrageous behaviour of ignoring World Trade Organisation rules and stealing intellectual property, ignored during the insouciant Obama years, was finally tackled. The U.S. has made big progress cutting carbon dioxide emissions, largely led by the switch from coal to oil and gas via fracking and is currently current energy self-sufficient. Trump has also tried to tackle the North Korea problem, and has pushed back against Obama’s disastrous Iran policy. There have been no new wars and therefore no returning body-bags. The agreement between Israel and the UAE is hugely impressive, and eluded Obama.

The current civil unrest in the U.S., orchestrated by the hard-left maniacs from Antifa and Black Lives Matter, plays right into Trump’s hands. Calls from the left of the Democrat party to defund the police, which Biden has only recently decided to feebly reject, are an open signpost to the wary voter that a vote for the President is the only route to safety from the rampaging mob of rioters, arsonists and looters either openly encouraged by radical Democrats or explained away in nonsensical claims they are peaceful demonstrations. CNN reporters saying this was a peaceful, responsible demonstration, standing in front of burning or burnt out cars and buildings, is really an open call to vote for Trump.

Hanging chads all over again
Expect the polls to begin to show a stronger lead for Trump as polling day approaches and cue even more hysteria from Democrats. If the vote is close, or there are a huge number of questionable postal votes, the result may well be a repeat of the hanging chad election of 2000 when George Bush emerged as winner over Al Gore via the Supreme Court and after weeks of agonising. Will we have a repeat of Al Gore’s famous unconcession?